If you’ve been struggling with your mental health during this pandemic, then you’re not alone.
The group is aimed at anyone who just fancies a chat, informal space to talk or listen. There is no pressure.

The group are meeting online and in person when possible, while ensuring social distancing.
What doesn’t change is the day; Monday and the time; 7pm.
For more information visit their Facebook Group @WestburyMen’sGroup 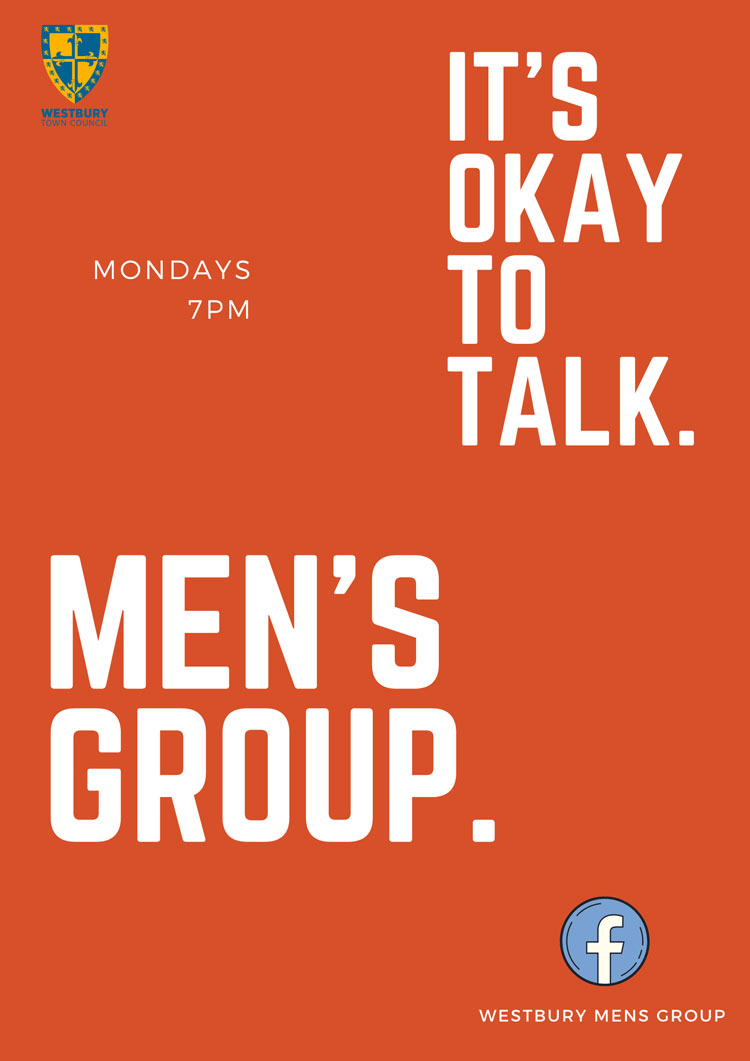 The group will run every Monday at 7pm, usually in the Laverton’s Abraham room.

Wiltshire’s higher than national average suicide rate is one motivation for the group, not least because 75% of all suicides are male. It’s also true that 1 in 8 men have a common mental health problem but are far less likely to seek help than their female counterparts.

However, the group is also aimed at anyone who just fancies a chat.

This meetup is all about having an informal space to talk or listen. Whether that’s about feeling a bit down or how terrible Man United are these days. There is no pressure and you don’t even have to say a word if you don’t want to. There’s tea, coffee and some snacks, along with a group of blokes who won’t judge and will just lend an ear.

This is going to be the start of a really exciting time for the town in terms of tackling it’s problems and highlighting its strengths together as a community.

“The Laverton Staff have been incredibly helpful in making our men’s group feel safe and secure during this strange time. The men’s group is a vital part of our member’s week and we are extremely grateful that the Laverton has reopened.”

The Laverton is open for all indoor children's activities, receptions, weddings, wakes up to 15 peopleWatch this video
Go to Top